What I learnt during Dry July 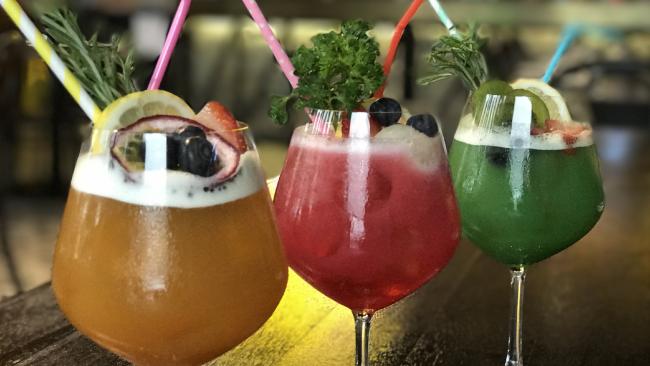 03 Jul What I learnt during Dry July

Posted at 12:46h in In the Media, Print by Tabitha Corser
Share

TWO years ago, back when I was a hardened drinker, I committed to Dry July. My body, and particularly my liver, needed a well earnt break from alcoholic lubrication and I longed for weekends without raging hangovers and carb laden foods.

My commitment was questionable from day one in that I never sought sponsorship. But with the incentive of personal health benefits and a potentially changed attitude to drink, I mentally signed up. I figured how hard could it be?

By week three I was drinking away the hardships of another long day. Sitting with friends we shared our ‘failure’ excuses over a bottle or three of wine. We promised ourselves that next July would be different. Next July would be dry.

Inevitably, during the next year’s July it rained alcohol once again.

“We don’t have a way of knowing just how many people fail in their attempt but, from our perspective, every attempt is still important in helping raise awareness of Dry July and funding to help cancer support,” says Brett Macdonald, CEO and Co-Founder, Dry July.

Mr Macdonald says that during Dry July, participants report improved sleep, increased energy levels, weight loss and money saving. Similarly, 74 per cent say they will drink less, 68 per cent changed their perspective on alcohol consumption and 98 per cent would recommend Dry July to others.

Such positive outcomes tie in with the good news that alcohol consumption is declining in Australia, particularly among younger adults.

Recent statistics from the Australian Institute of Health and Welfare found that, compared to 2013, fewer Australians were drinking alcohol in quantities that exceeded the lifetime risk guidelines.

However, there was still no change in the proportion exceeding the single occasion risk guideline, with those in their 50s consuming 11 or more standard drinks on one occasion.

Similarly, a new study by from La Trobe University showed that a quarter of Australian drinkers are drinking at an unsafe level, and most of them are doing it at home.

So, bearing in mind these latter statistics and the subsequent health impacts, why is it so hard for some of us to commit to not drinking, even for a month?

“Most people come unstuck because they’re not sure how to answer the big question of ‘what do I do instead of drinking?’” says Tabitha Corser, a drug and alcohol counsellor. “They’re also unaware of the extent to which that they rely on alcohol for relaxation and to alleviate social anxiety and discomfort.”

“It starts out as a great idea, but when things come up, it’s always easier to fall back to default strategies, such as drinking, than plan replacement activities.”

Ms Corser says that our reliance on alcohol as a coping strategy or as a relaxant can very soon spiral into drinking dependency. She gives an example of females from affluent areas who started ‘wine-o-clock’ as a wind down strategy, but now acknowledge that their alcohol consumption has reached problematic stages.

While these women reflect only one drinking demographic, Ms Corser says that everyone could benefit from Dry July.

“I see Dry July as a great opportunity to do an honest assessment of where you’re at with your drinking and to ensure you don’t exceed the safe use guidelines promoted by the National Health & Medical Research Council,” she says.

“You don’t have to be experiencing problematic drinking to get a benefit from a break from alcohol. Social drinkers will experience positives straight away with better skin, less bloating and more hydration.”

As someone who’s now teetotal, I look back on my attempt at Dry July as a bit pathetic. I entered it half-heartedly and my failure was pretty much inevitable.

To echo Tabitha Corser, I didn’t realise how much I relied on alcohol as a relaxant and a fuel for socialising. Reaching for a drink at the end of the day was such an ingrained habit, that it was hard to break.

It’s only now I know the benefits of quitting, from both a mental and physical perspective, that I appreciate life without a drink. And I certainly don’t miss those hangovers.

My initial attempt at Dry July may not have been a success, but I’ve now completed Dry Year and, for me, that’s a commitment worth drinking to — even if it is only tea!

• Try to hang out with others committing to it

• Plan activities such as exercise or the movies instead

• Swap alcohol for another ‘treat’

• Remember it’s ONLY a month!