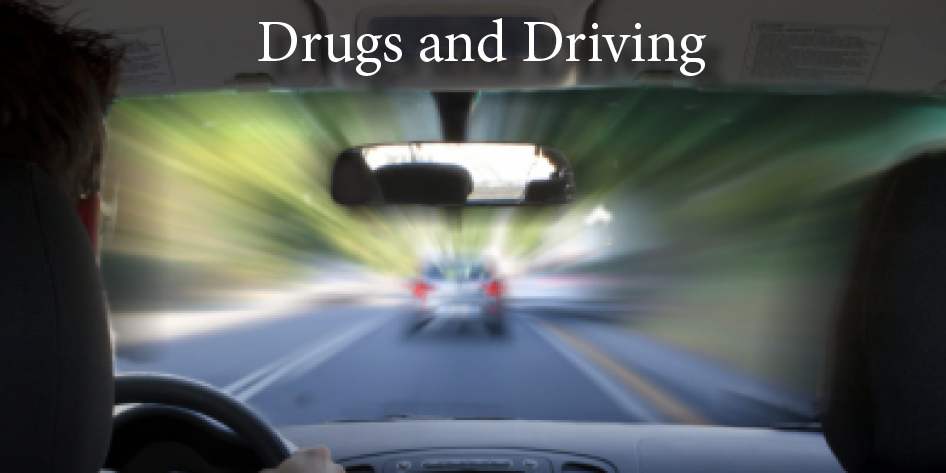 Posted at 08:37h in Blog by Tabitha Corser
Share

Driving whilst under the influence of drugs is a significant road safety issue. You’ve probably heard all about the dangers of drinking and getting behind the wheel, although, mixing drugs and driving can be just as dangerous.

Both illicit drugs and prescription medications can have a detrimental effect on an individual’s ability to drive, cycle or use machinery. These are all tasks that involve being alert and require being able to respond at a fast pace. Being under the influence of drugs can therefore impair your ability to operate a motor vehicle safely and puts not only yourself but other road users at risk.

The Road Safety Commission studies show that 22% of fatally injured drivers and riders tested positive to one or more illicit substances.

TYPES OF DRUGS AND THEIR IMPACTS ON DRIVING ABILITIES

When an individual consumes illicit drugs prior to driving, this substantially increases the risk of injuring or causing fatalities not only to themselves, but also their friends or other innocent people. The effects of illicit drugs vary substantially depending on the type of drug consumed, and the concentration.

Typically, illicit drugs can be broken down into 3 categories, including depressants, stimulants and psychedelics.

Depressant drugs include alcohol, cannabis, oxycodone, benzodiazepines and heroin, which can all slow down an individuals’ central nervous system. This can lead to reduced reaction times, drowsiness, reduced concentration, difficulty processing information and issues with multitasking.

Stimulant drugs include cocaine and amphetamines, which cause the central nervous system to speed up. This can lead to fidgeting, attention difficulties, increased risk taking, overconfidence in driving skills, and aggressive or dangerous driving.

Psychedelics are any drugs that distort an individuals’ perception of reality such as mescaline, LSD and magic mushrooms. Other drugs such as cannabis and MDMA can potentially cause hallucinogenic effects too. These drugs can often cause confused thinking, hallucinations, blurred vision and significantly reduced coordination.

The Road Safety Commission suggests that the misuse of prescription drugs or lack of awareness of side effects of such medications, can lead to significant road trauma on WA roads.

If you are taking prescription medication it is important to be aware of the potential risks associated with driving. The Alcohol and Drug Foundation mention that the risks associated with prescription drugs include feeling tired, nauseous, dizzy, drowsy, aggressive, light-headed and shaky. These feelings may cause driving to become dangerous as these side effects may impair vision or ability to concentrate.

If you are taking any prescribed or over-the-counter medications, always:

WHAT ARE THE PENALTIES FOR DRIVING UNDER THE INFLUENCE OF DRUGS IN WA?

Members of the Police force have the power to stop drivers that they suspect are driving while impaired by any type of drug. Those found with illicit drugs in their oral fluid can be further charged with the offence of ‘Driving with Prescribed Illicit Drug in Oral Fluid.’

Any drivers who are found to be impaired due to the use of prescription or illicit drugs will be charge with a far more serious offence, ‘Drug Impaired Driving under the Influence of Drugs.’

PLANNING AHEAD TO GET HOME SAFELY

The Alcohol and Drug Foundations research suggests that by getting behind the wheel after taking drugs your chances of having a crash increases. Therefore, it is important to plan ahead in order to get home safely.

Plan ahead and avoid the risks of driving under the influence by:

You can read more about talking about vaping with young people here:

If you or a family member are experiencing issues with addiction of any kind, please reach out.  We would love to chat to you. We are here to support not judge.